This hack, backward me in 1996/1998 during my college years, the pager system was at its peak, there was 3 commercial services and networks here, in France:

“POCSAG is an asynchronous protocol used to transmit data to pagers. The name comes from Post Office Code Standardization Advisory Group, this being the British Post Office which used to run nearly all telecommunications in Britain before privatization. The modulation used is FSK with a ±4.5 kHz shift on the carrier. The high frequency represents a 0 and the low frequency a 1. Often single transmission channels contain blocks of data at more than one of the rates.”  wikipedia

Bellow is a dessication of a MOTOROLA MEMO Pager Receiver (Tatoo, commercial name). 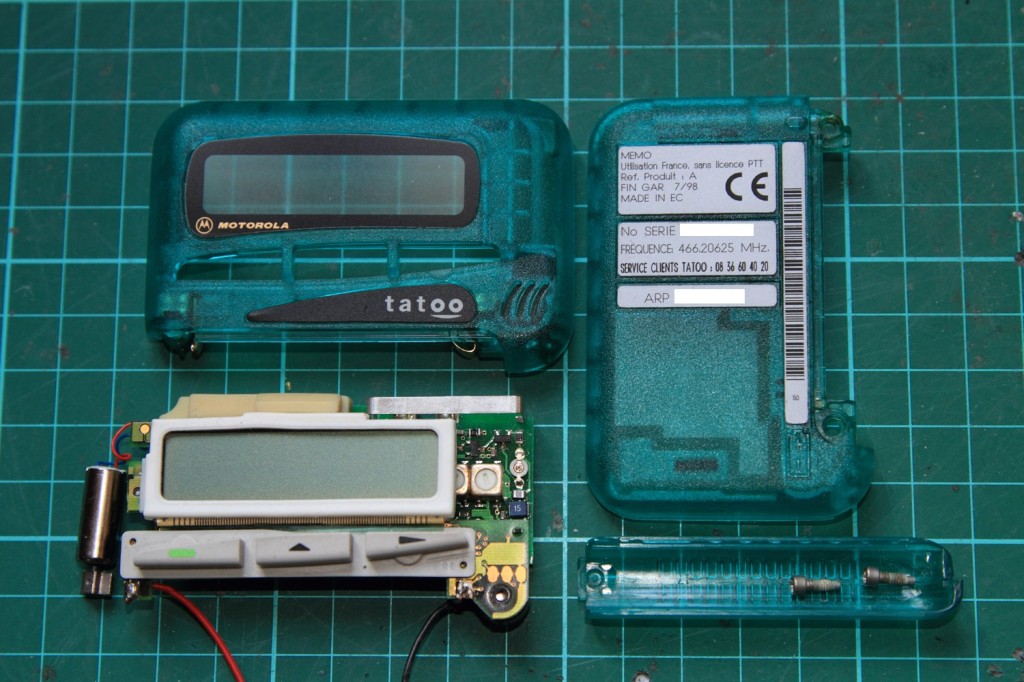 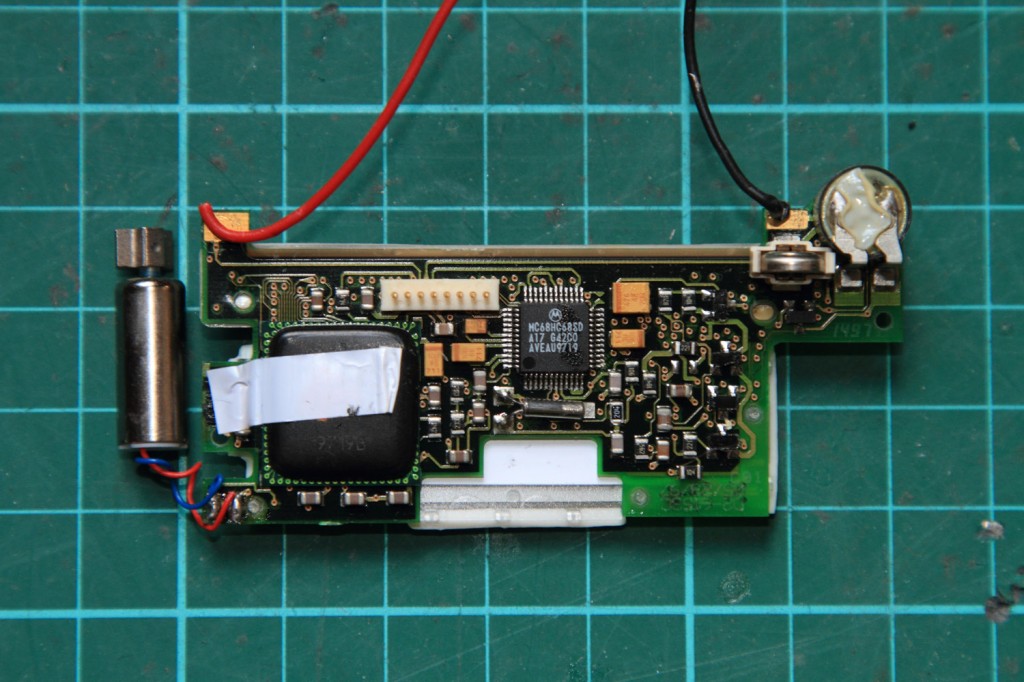 The another board is dedicated to RF reception, you can see a antenna, simple loop of metal, probably a narrow rf input filter, and a strange unidentified IC “99Z32”, maybe a RF IC Receiver … 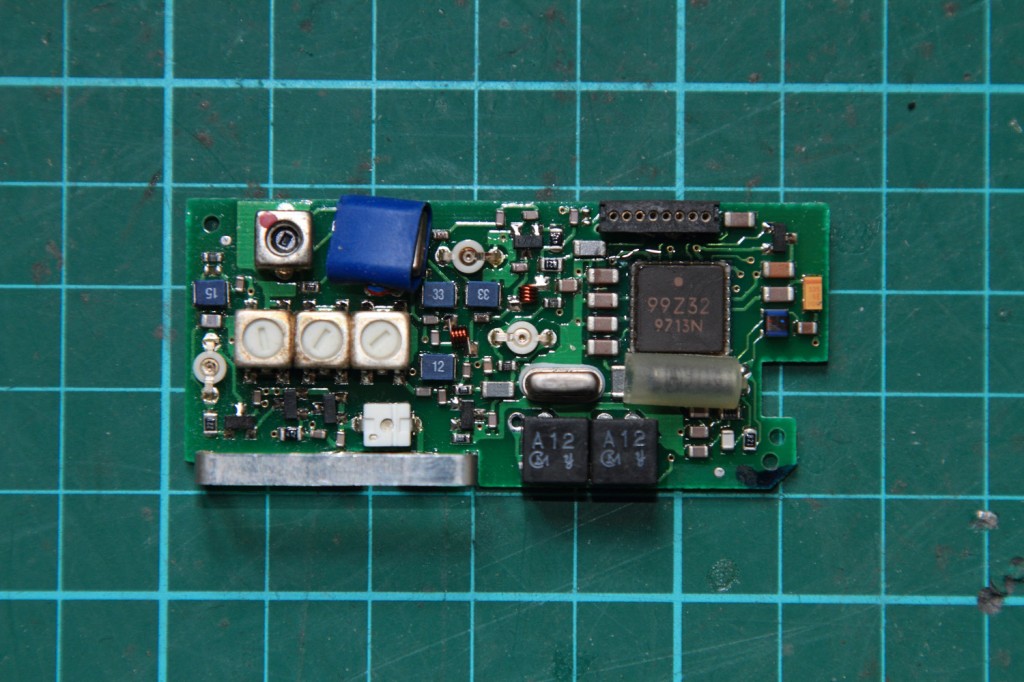 Now the goal is to identified the pin’s function on the connector. I have already put my Rigol probe on the Pin 4,  and i can see a low/high signal (see bellow). I’ll  try to translate this signal for PDW or POC32 software soon. Any help is welcome. I started to listening the signal (blue) from my UBC 785 on 466.20625 Mhz, in parallel with the signal from the pager (yellow), it seem to be a inverted signal. After feed the signal through a Max232, but no good result with the decoder software! *sic*, maybe need a little amplification before …